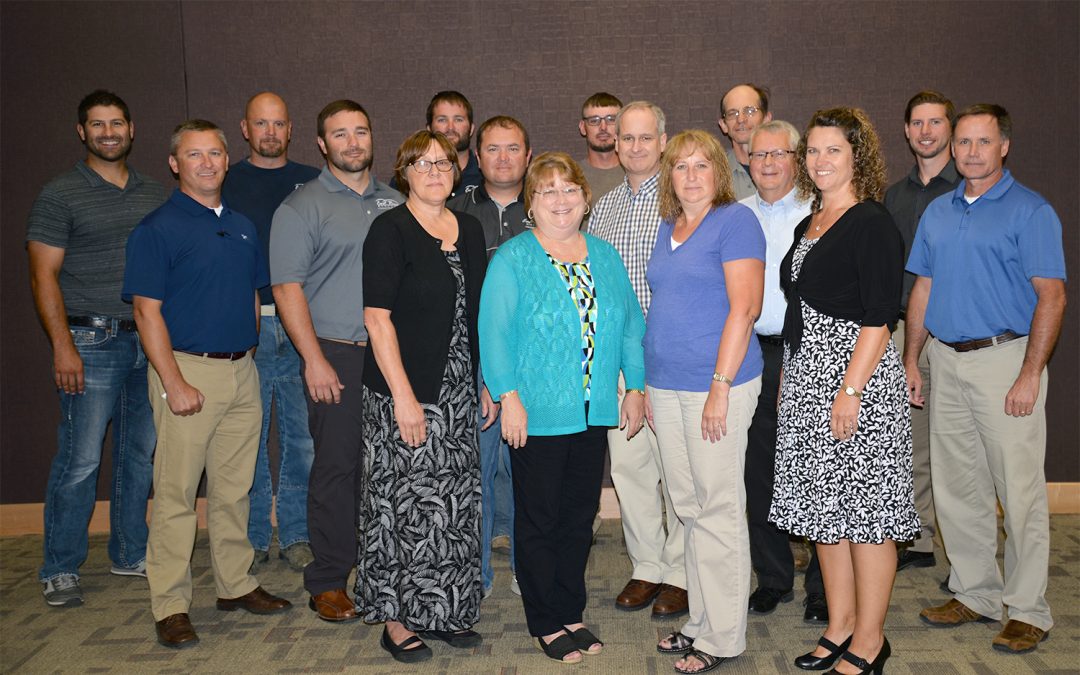 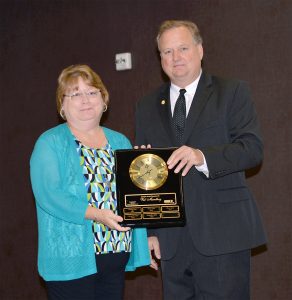 East River Human Resources Administrator Val Manthey, one of this year’s service award recipients, began working at East River 40 years ago. She started as a part-time printing assistant in 1977 and worked her way up in the cooperative from a personnel records clerk through a variety of human resources roles to her current position.

“I certainly never thought when I walked through East River’s doors on June 1, 1977 to start a part-time job while I went to college that it would lead to a lifelong career,” said Manthey.

She said that many things have changed at East River since 1977, particularly the cooperative’s campus. When Manthey started, East River’s operations were housed in a headquarters building, a service center and an old brick garage. At that time, the cooperative’s general manager lived in the headquarter building’s upper level. Today, East River operates eight service centers in eastern South Dakota and western Minnesota in addition to its main campus buildings in Madison.

“One thing that hasn’t changed over the years is the professionalism of our workforce and the desire of our employees to do great work,” said Manthey.

As for her advice on how to build a successful career with one company, Manthey said, “A coworker advised me many years ago that if I was offered an opportunity to learn new things or take on more responsibility, go for it. Things may not happen as fast as you’d like, but enthusiasm and good work is noted and rewarded.”

East River presented the service awards during an all-staff meeting and spouses of the recipients were invited to attend. After the awards ceremony, the group moved to Library Park for an employee appreciation lunch. 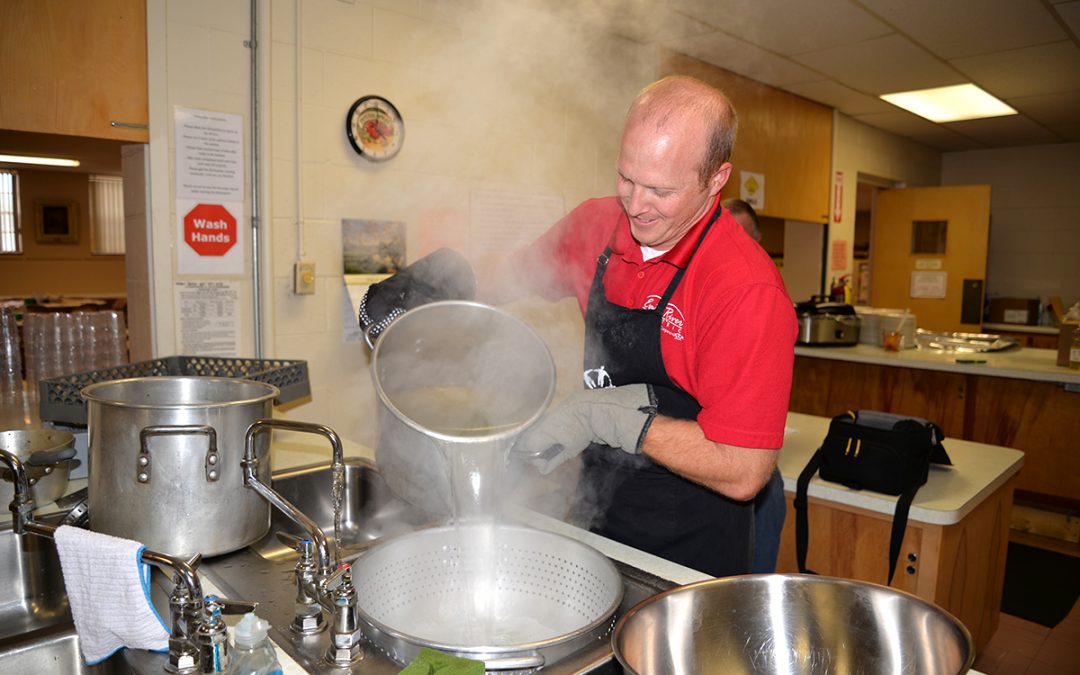 East River employees hosted the August 21 Gathering Meal at the Madison United Methodist Church. More than 25 East River employees donated either a dessert or their time in preparing, serving and cleaning up the meal. Volunteers served 118 meals of spaghetti with meat sauce, breadsticks, side salad, peaches and dessert. 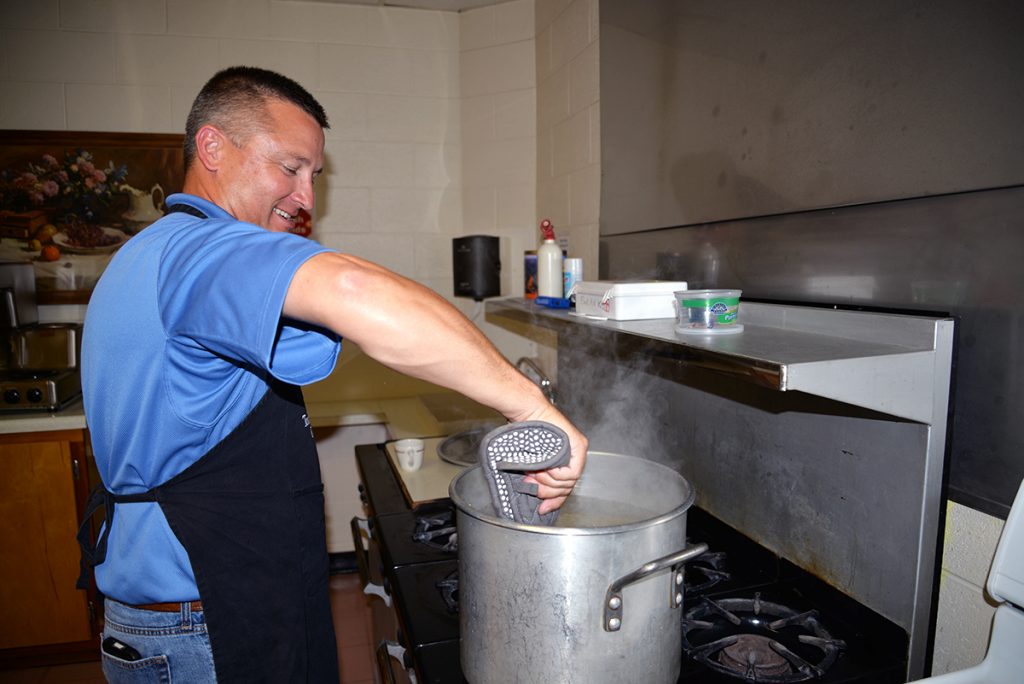 “The atmosphere of enthusiastic volunteers and appreciative attendees demonstrates the positive impact the Gathering Meal has on the Madison community,” said Employees Committee Chair Jake Slaathaug. 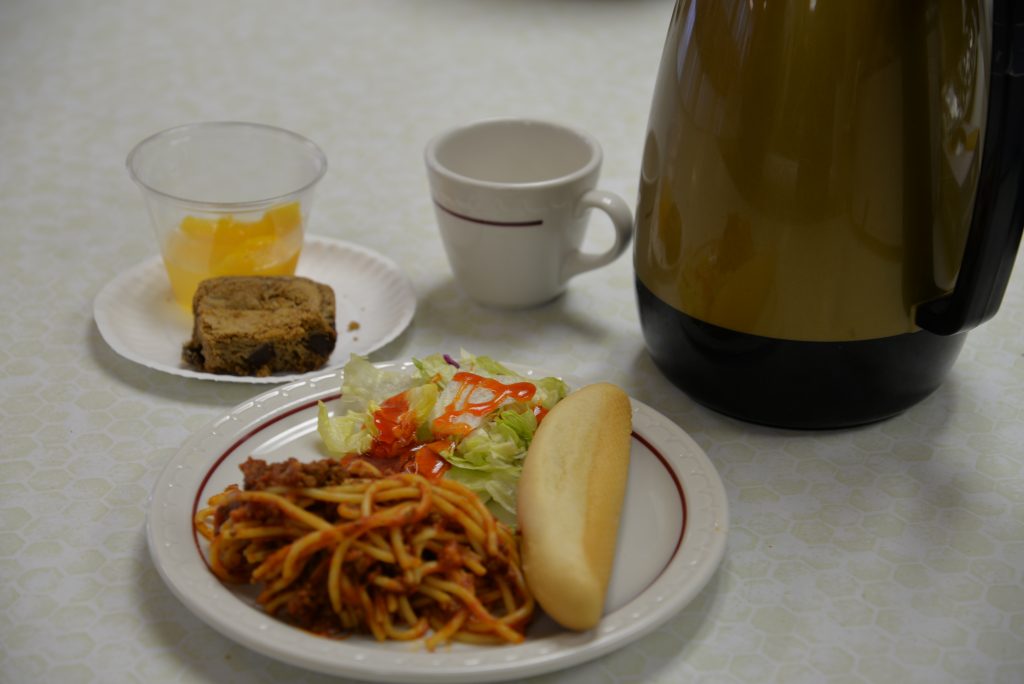