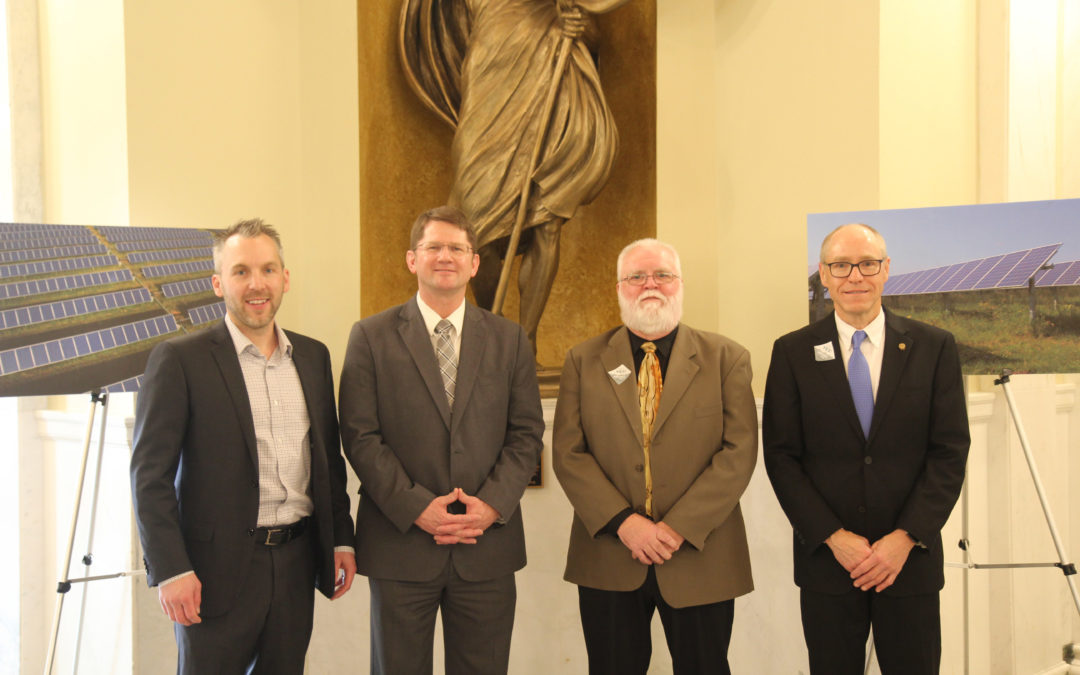 “For the first time in its history, Basin Electric will buy solar generation on a large scale to serve our members. The board’s decision to add solar generation to our resource portfolio is to continue with our all-of-the-above strategy, as well as solar generation becoming a more economic energy source. We are excited about adding solar to our already diverse generation mix,” stated Paul Sukut, CEO and General Manager of Basin Electric Power Cooperative.

“Our cooperative network is always looking to ensure we have a mix of power resources to meet the needs of our membership and renewable energy is an important part of that strategy,” said Rushmore Electric General Manager, Vic Simmons. “This project with Geronimo Energy is an important strategic step as we look to the future in continuing our strong history of providing safe, affordable and reliable power.”

“We’re excited that West River’s service area will be home to the Wild Springs Solar Project,” said West River Electric Association CEO/General Manager, Dick Johnson. “This solar energy project will benefit our cooperative family, as well as our local communities. As not-for-profit co-ops that are owned by our members, everything we do goes back to the people we serve.”

The project has been supported by local and state community members and will bring significant economic benefits to the local area. Current estimations for the project’s economic benefits total over $17 million throughout the first 20 years of operation, including positive impacts in new tax revenue, construction jobs, new full-time jobs, and charitable funds through the project’s Education Fund. The Wild Springs Education Fund alone will offer approximately $500,000 in donations to the local school districts connected to the project above and beyond all tax revenue and local spending benefits.

“Historically, there has been a misconception that solar in the northern regions of the United States wasn’t feasible,” stated David Reamer, President for Geronimo Energy. “Both Geronimo and Basin Electric recognized that the addition of solar to its overall generation fleet not only offers customers a clean, economic option for their electricity, but it also diversifies a utility’s portfolio.”

About Geronimo Energy: Geronimo Energy, a National Grid (NYSE: NGG) company, is a leading North American renewable energy development company based in Minneapolis, Minnesota, with satellite offices located throughout multiple states in the regions where it develops, constructs, and operates. As a farmer-friendly and community driven company, Geronimo develops projects for corporations and utilities that seek to repower America’s grid by reigniting local economies and reinvesting in a sustainable future. Geronimo has developed over 2,400 megawatts of wind and solar projects that are either operational or currently under construction, resulting in an investment of over $4 billion in critical energy infrastructure and the revitalization of rural economies. Geronimo has a vast development pipeline of wind and solar projects in various stages of development throughout the United States. Please visit www.geronimoenergy.com to learn more.