“I’d like to congratulate this year’s service award recipients and thank them for their dedication to East River Electric. The many years of service we celebrate today are a true testimony of the commitment of our employees,” said East River general manager and CEO Bob Sahr.

Substation and Control Manager, Doug Engbrecht, one of this year’s service award recipients, began working at East River 40 years ago. “I was hired as an apprentice meter technician and held various positions over the years, working my way up to my current manager position. East River helps people to grow within their profession, and when possible, encourages movement within the company to better themselves and the cooperative at the same time. I feel fortunate to have been able to work in the field and in the office and can appreciate the challenges that go with each area. It has been a great experience having worked closely with field and office co-workers at East River (and member cooperatives), and I couldn’t have asked for a better group to work with,” said Engbrecht.

Bob Gale, AV Coordinator, celebrated his 25-year work anniversary. “I feel very blessed to have ‘stumbled’ into this great career at East River,” shared Gale. “East River has been a great place to work and very flexible when it comes to family life. I couldn’t have asked for better people to work with and for. Everyone is kind and generous, willing to step in and help anyone out whenever necessary. I can’t imagine a better way of doing business – and a better way of life, really – than the cooperative way. It’s so much more fulfilling to work for the people that own the business than for faceless investors. To know what you do matters – even in a small way in my case – to the families and communities that receive power from East River.”

East River celebrated the years of service awards with a luncheon held at the Dakota Prairie Playhouse.

East River employees participated in a Thanksgiving food drive for the Lake County Food Pantry. Employees donated a combination of groceries and $60 in cash to provide 24 complete Thanksgiving meals for local families. The meals included ham, dressing, potatoes and gravy, side dishes and desserts. Thank you to the Employees Committee for organizing the food drive. 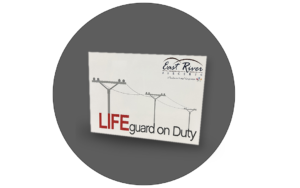 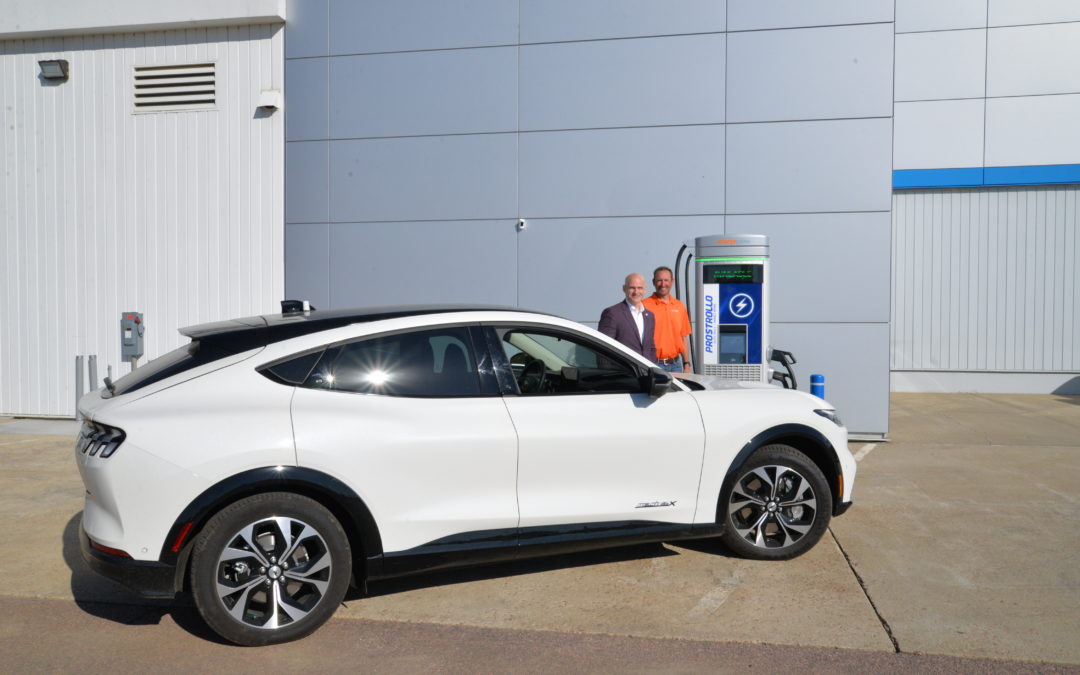 Prostrollo Auto Mall in Madison recently installed the first public DC fast charging station for electrified vehicles in the city. The charging station is capable of charging at 62.5KW per hour providing around 50 miles of range in 15 minutes. This station is compatible with all CCS1 and CHAdeMO types of vehicle connectors. This station will be available 24 hours a day and the payments are typically handled through a customer’s app on their phone.

“Range anxiety is one of the main drawbacks when a customer is considering an EV. This will allow the general public whether local customers or people passing through Madison an option of a rapid charge to get back on the road quickly,” said Nick Prostrollo.

East River Electric Power Cooperative recently purchased an all-electric Ford Mustang Mach E from Prostrollo Auto Mall. The Mustang has a top range of about 260 miles on a full charge.

“We appreciate the help from Prostrollo Auto Mall in securing our first modern electric vehicle,” said East River Electric’s Chief Member and Public Relations Officer Chris Studer. “As a wholesale electric provider for this region, we felt it was important to own an electric vehicle so we can help our members with their decision-making process when looking at an EV and learn more about what it’s like to own and drive an electric vehicle.”