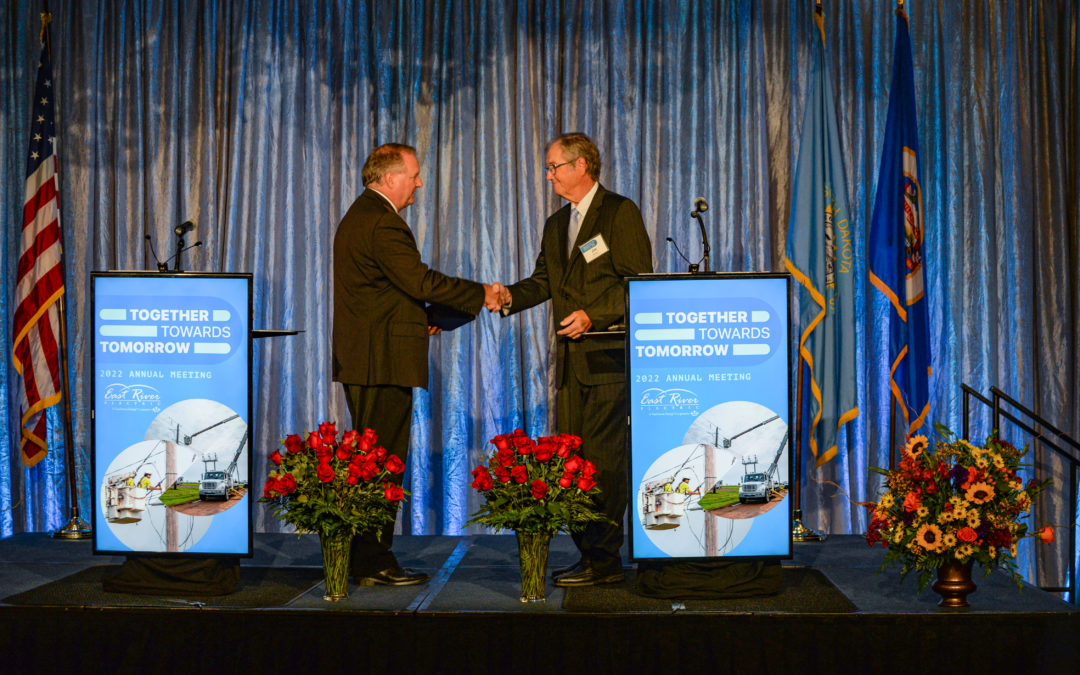 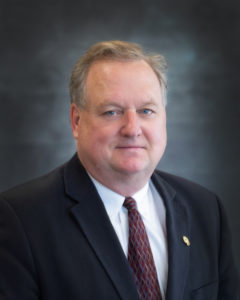 East River Electric Power Cooperative held its 72nd annual meeting Wednesday, Sept. 7, 2022, at the Best Western Plus Ramkota Hotel in Sioux Falls. This year’s annual meeting theme was ‘Together Towards Tomorrow.’ The meeting highlighted the many ways that East River Electric works alongside its member systems, making crucial decisions that will position cooperatives for continued success while providing safe, reliable and affordable electricity. Attendees attended the event in person as well as through a livestream viewing option.

Discussions opened with a look back at 2022 severe weather events including the derecho storm that created widespread destruction across the East River service area. They highlighted how crews responded to the needs of others and quickly restored power — putting members first even though many had damage to homes, vehicles, and property of their own. “I’d like to thank East River’s employees for their incredible work and dedication to safely restore our system following the severe weather event,” said Sahr.

The discussion transitioned to other weather-related topics including reliability across Regional Transmission Organizations that East River Electric is involved in, the Southwest Power Pool (SPP) and Midcontinent Independent System Operator (MISO). “From severe weather to severe heat, we saw a record amount of summer demand for electricity across the East River footprint which led to a number of resource adequacy alerts and warnings across both SPP and MISO,” said East River Board President Jim Ryken.

Although demand was up, and reports warned of potential outages, SPP was able to meet the record peak demand for electricity and no summer outages were needed. The past year’s conditions emphasize the importance of continued firm generation from resources like coal and natural gas in addition to renewable resources for an all-of-the-above generation strategy to meet demand in extreme conditions.

Cooperative leaders gave an update on changing market dynamics and costs due to the effects of the COVID-19 pandemic. Sahr stated, “as the world gets back on its feet and the impact of the pandemic winds down, supply chain constraints will also hopefully begin to ease in the coming year. Despite the current and future unforeseen challenges, East River and our member systems are well positioned to navigate them by working together.”

They also gave an update on the Transmission System Upgrade Plan which is designed to accelerate additions and replacements to the cooperative’s infrastructure to improve reliability and provide growth.

“Now in the fourth year of the upgrade plan, our crews completed several key projects this past year that are designed to strengthen our systems’ backbone with a primary focus on ensuring the safety of our workforce,” said Ryken. The project’s priority is to include more of East River’s system into the Southwest Power Pool to maximize revenue and limit impact on member rates.

During the annual meeting lunch, East River’s leadership presented the cooperative’s Eminent Service Award to former East River Electric CEO and General Manager Tom Boyko. The Eminent Service Award is the most prestigious honor given by East River’s Board of Directors. In addition, outgoing directors Blaine Livermont, Deb McCreary, David Allen, and Ervin Fink were presented with awards for their years of service on the East River board of directors. Fink, who served as board secretary and served as the East River representative for Douglas Electric for 22 years was presented with a gift for his dedication to East River’s executive board.