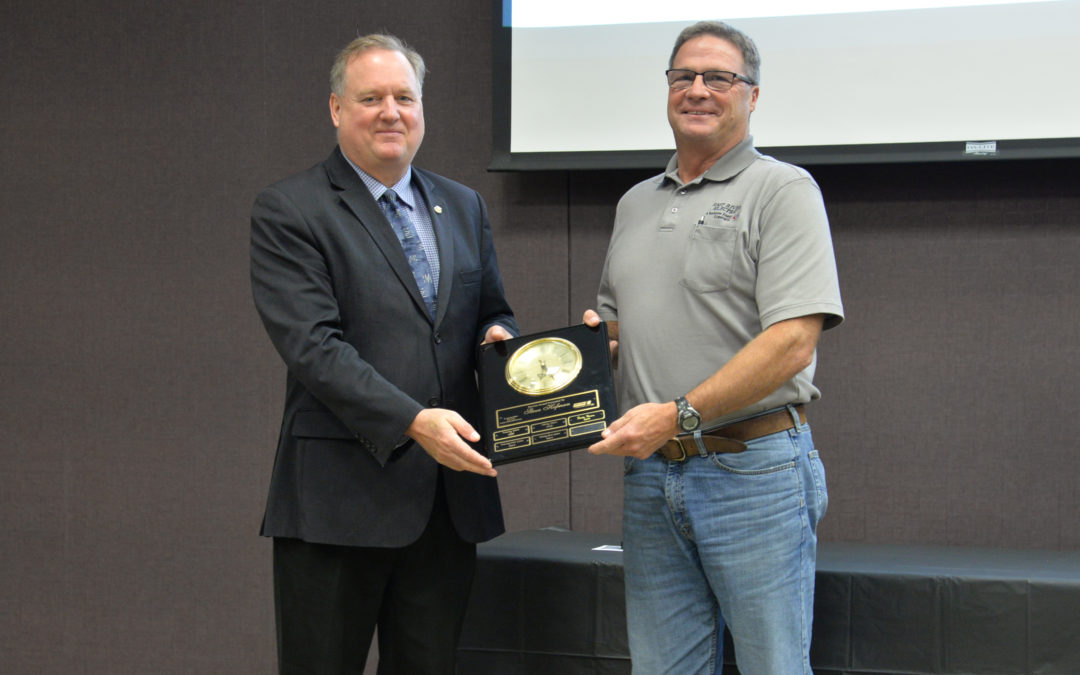 “I grew up on a family farm in eastern South Dakota and electricity played an important part in our daily farm activities especially dealing with livestock. The cooperative model and service have always resonated with me perhaps in part because my maternal grandfather served in the State Legislature and helped draft the legislation that laid the groundwork for rural electrification in South Dakota,” said Lambert.

Three employees celebrated their 40-year work anniversary. Teresa Goehring, System Operator, added that there have been many changes in the electric industry over the years. Lambert agreed, “The job has changed in that the utility industry today demands more and more data with robust telecommunications networks to deliver this real time. I’ve always felt that East River fulfills an important service to rural America and am proud to contribute in a small way towards that effort.”

Steve Hofman, Meter/Relay Foreman, also celebrated his 40-year work anniversary. “Technology has drastically changed our jobs and how we perform them,” shared Hofman. “But with all the changes that have taken place, the one constant has been the dedicated, hardworking people that make East River such a successful organization. I’ve had a great career here and I’m happy to have had to chance to work for such a great cooperative for the past 40 years.” 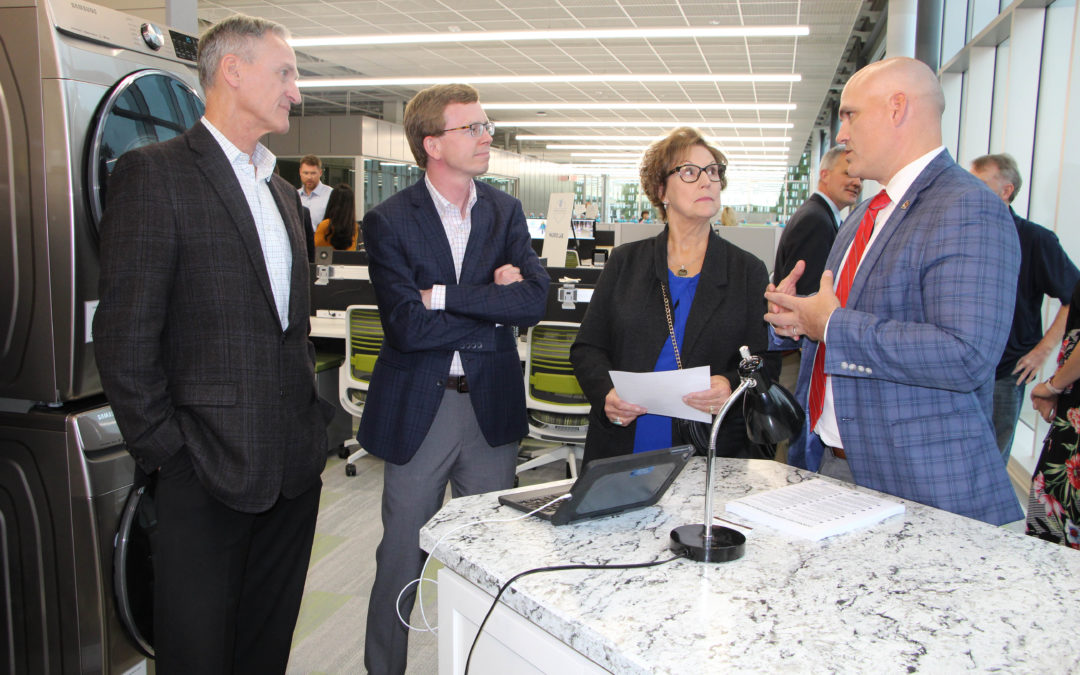 A Connected Home Research Project launched on Wednesday as part of Dakota State University’s (DSU) MadLabs facility grand opening. The Connected Home project is a partnership between East River Electric Power Cooperative, DSU and the National Rural Electric Cooperative Association and is exploring technologies that will be included in the next generation rural home. It is also working to find solutions that will allow electric cooperatives to play an integral role in helping consumers optimize their energy use.

“From wi-fi thermostats to smart appliances, our network of electric cooperatives is seeing increased adoption of smart home technologies among consumers,” said East River Chief Member and Public Relations Officer Chris Studer. “While current technologies can help manage electricity usage and benefit consumers, we noticed a gap between the capabilities of those technologies and the needs of our utility network to connect to those technologies. We hope to close that gap through this project.”

Researchers will investigate current products on the market and determine how utilities could potentially utilize existing technologies to control appliances and connected technologies within a home. They will also research the potential to build utility-specific technologies, both hardware and software, that could be used in homes to optimize energy usage and control power costs. A final phase of the project could include field testing of potential products in end consumer homes to determine the viability of any hardware and software that is developed.

“As use of smart home technology continues to increase among consumers, we’re hoping to use this research project to identify technologies that will help us in our transition to a new energy management future or to develop our own utility-specific technologies that can be replicated at cooperatives around the country to help consumers optimize energy usage and save them money,” said Studer.

The project’s research space resembles a smart home kitchen with additional appliances including a washer, dryer and water heater. “Many of the products included in the space were sourced from local companies. We are grateful to Rosebud Cabinets, KolorWorks, Karl’s Appliance and Montgomery’s for assisting in the construction and design of the space,” said Studer.