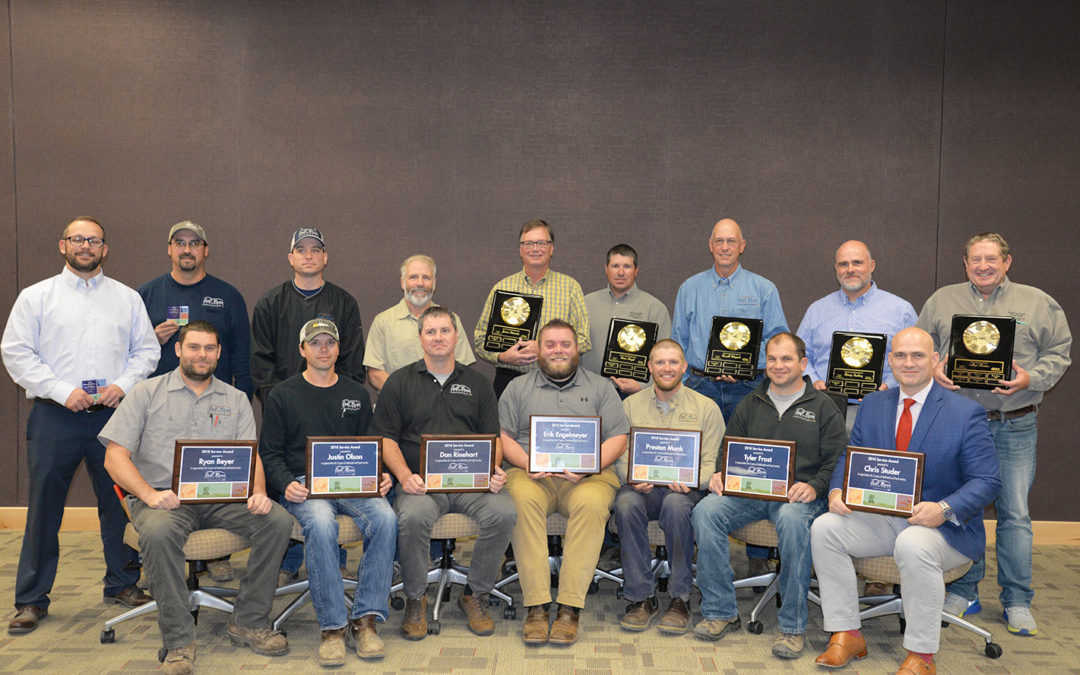 Mitchell Area Maintenance Foreman Merl Bechen, one of this year’s service award recipients, began working at East River 40 years ago. He started as an apprentice lineman on the Madison construction crew in 1978, moved to the Mitchell outpost in January of 1980 and eventually worked his way up to his current position of Foreman. 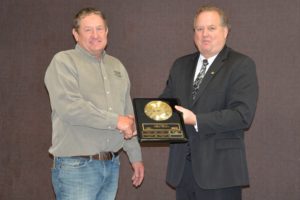 “When I started my job at East River, I thought this would be a temporary career until I could start farming. However, when the farming economy crashed, I realized being a lineman was something I could do long term. Over time, I was able to start farming and combine the two careers. I enjoy the benefits of both jobs,” said Bechen.

Over the years there have been many advances in line construction and changes to the equipment utilized by the line crew. Bechen said, “The new equipment allows us to work more safely and efficiently. Equipment such as the track vehicle has made a night and day difference in the work we can do.”

Bechen shared that he appreciates working for an organization that values their employees and the communities they live in. East River’s strong commitment to community and support of employees volunteering to help others creates a positive work environment. “I am lucky to have worked with great people over the years. The comradery, dedication to the work and skill set is high here. People are willing to get the job done right,” said Bechen.

Merl also extends thanks to his wife, Diane. “She put up with the long hours required with this job and always kept our life in order when I was gone for outages. I was gone a lot and I couldn’t have continued my career without her supporting me; she is a big part of my success,” shared Bechen.