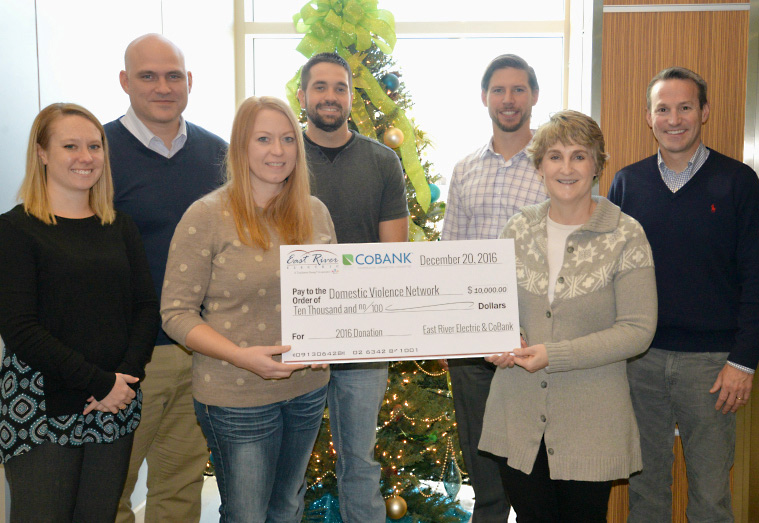 East River Electric General Manager Tom Boyko said, “The opportunity CoBank provides by matching our donation means an extra dollar on the dollar, which is substantial. East River is proud to help support the Domestic Violence Network as they begin their capital campaign.”

Domestic Violence Network Executive Director Christy VanDeWetering said she was thrilled to receive such a large donation which brings the organization one-fourth of the way to fulfilling its capital campaign goal of $200,000 for a community shelter.