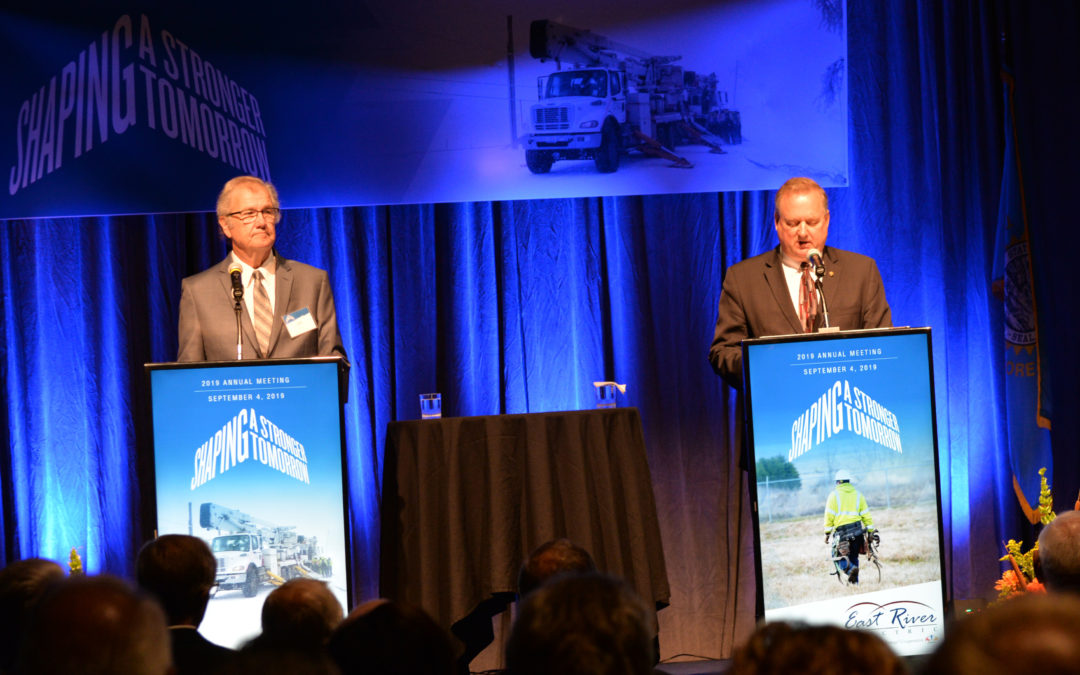 East River Electric Power Cooperative held its 69th annual meeting Wednesday, Sept. 4, 2019, at the Best Western Plus Ramkota Hotel in Sioux Falls. The theme of this year’s annual meeting was ‘Shaping a Stronger Tomorrow’. The meeting highlighted the many ways that East River is working together with its member systems on shaping a stronger tomorrow for the electric cooperative industry as well as to continue delivering on the cooperative network’s strong history of providing safe, reliable and affordable electricity.

During the morning general session, speakers highlighted East River’s increasing efforts to support regional economic development. A new $10 million workforce housing development financing partnership between Avera Health and the Rural Electric Economic Development (REED) Fund aims to address increasing concerns regarding a lack of adequate workforce housing across the region. The REED Fund is a nonprofit corporation that is governed by 26 member electric cooperatives. REED partners with commercial and other economic development lenders to provide financing and leverage private investment in more than 69 counties throughout South Dakota and Minnesota. Funds from the partnership will be used for lending in partnership with banks and other agencies to provide loans for housing development and housing infrastructure in Avera-served communities.

“East River exists to enhance the value of its members and we are committed to focus on that mission every day,” said Boyko. “East River was formed by the determination and collective effort of our member systems. The great working relationships between East River and our member systems will enable us to shape an even stronger tomorrow.”

The afternoon session began with an update from Basin Electric Power Cooperative. A business meeting followed the panel discussion where the director election was held and the cooperative’s policy statements were adopted.