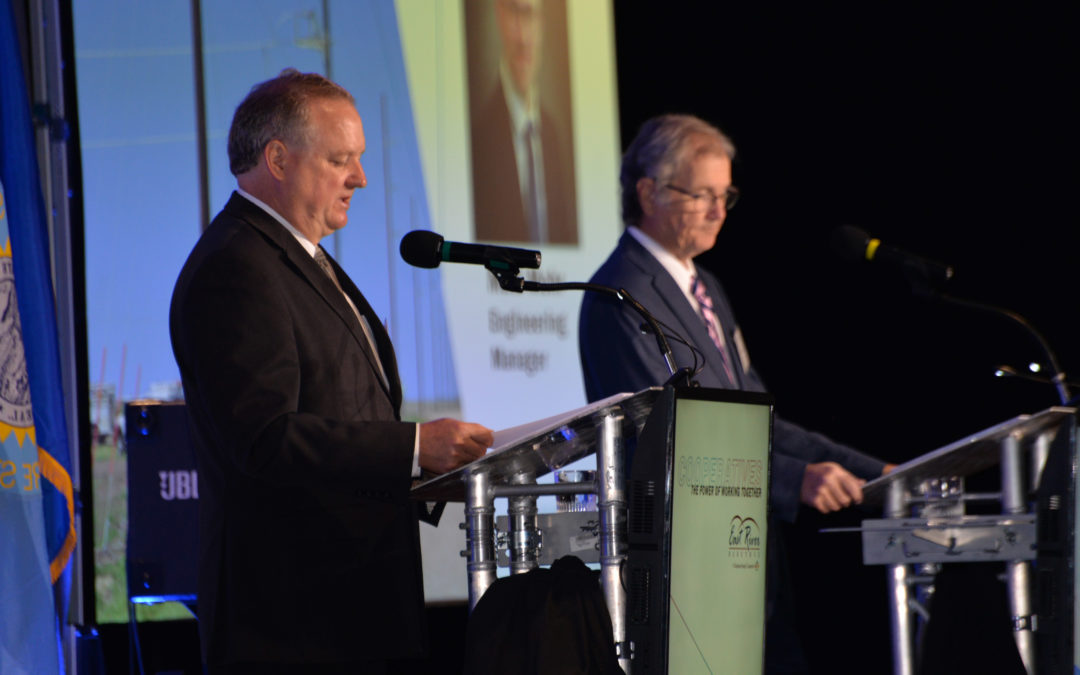 East River Electric Power Cooperative held its 71st annual meeting Wednesday, Sept. 8, 2021, at the Best Western Plus Ramkota Hotel in Sioux Falls. The theme of this year’s annual meeting was ‘Cooperatives: The Power of Working Together’. The meeting highlighted the many ways that East River is working alongside its member systems on making crucial decisions that will position the cooperative network for continued success in providing safe, reliable and affordable electricity.

During the morning general session, speakers discussed how extreme cold temperatures in mid-February 2021 led to historic levels of energy demand on the U.S. power grid, resulting in widespread rolling power outages throughout much of the central portion of the country.

“The February energy emergency highlighted the importance of being connected to a cooperative family to share risk and avoid fluctuations in the energy market,” said East River Electric General Manager Tom Boyko. “Unlike consumers in Texas who were stuck with utility bills exceeding $10,000 dollars in some cases following the emergency event, East River’s members paid the same rate during and after the energy emergency as they paid before because we have long term resources to serve our load. That’s the power of being connected to a cooperative power supply.”

The cooperative’s leaders also provided an update on East River’s aggressive Transmission System Upgrade Plan. The plan is designed to accelerate additions and replacements to the cooperative’s transmission infrastructure to improve system reliability and provide for growth.

“East River is currently in the third year of our Transmission System Upgrade Plan. Despite the challenges of the pandemic, our teams made significant progress on the upgrade plan over this past year,” said Boyko. “We completed several key projects that are designed to strengthen our system’s backbone. As always, this critical work was completed with a primary focus on ensuring the safety of our workforce.”