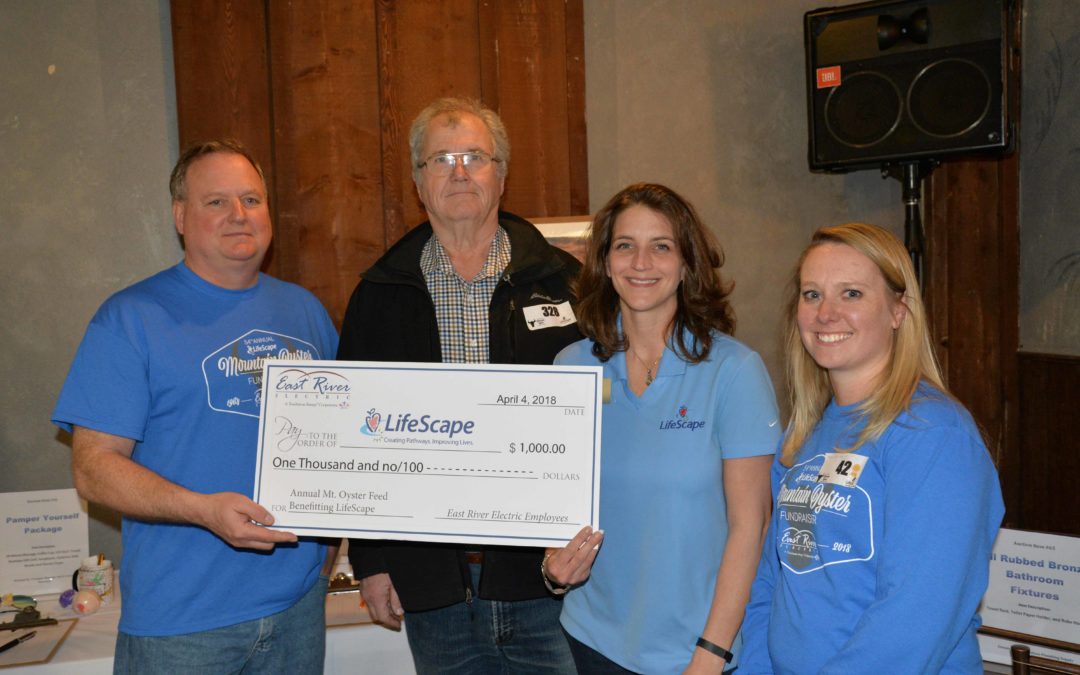 East River Electric’s 54th annual Mountain Oyster Feed was a success, raising $24,500 for LifeScape, an organization which promotes independence for over 2,500 children and adults with disabilities throughout South Dakota. The event was held at Nicky’s Restaurant in Madison on April 4 and was attended by 470 people.

The East River Employees Committee donated $1,000, a total matched by East River Electric at $1,000. CoBank also contributed $2,000 to the event this year. In the 54 years since the East River fundraiser began, $250,000 has been raised to help LifeScape provide services to children and adults in rural South Dakota.