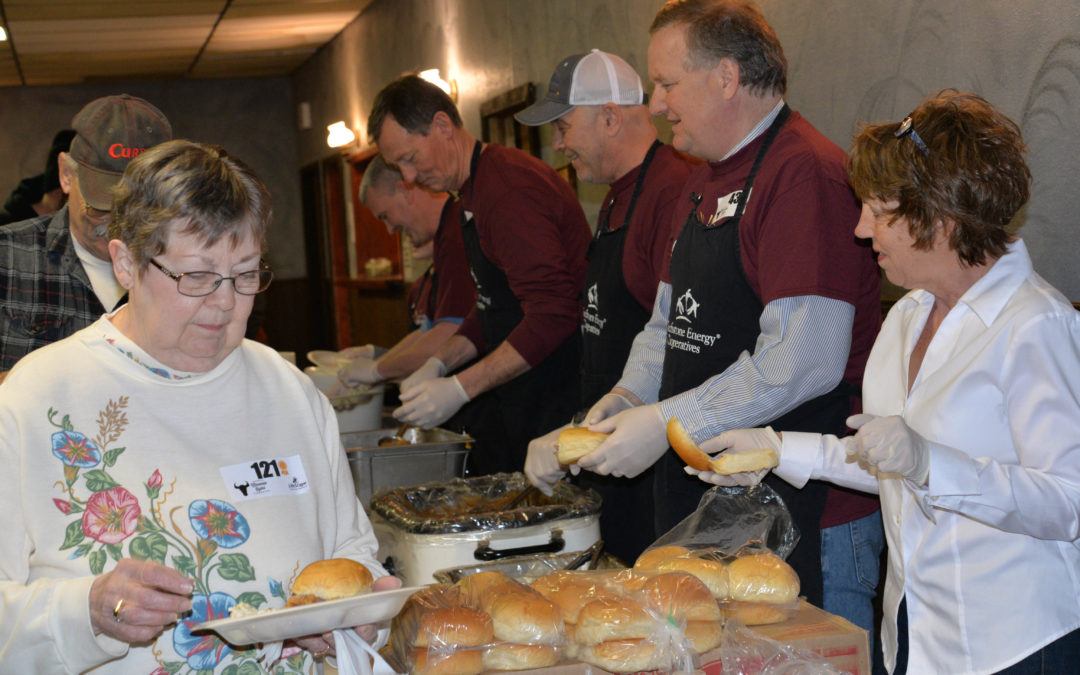 East River Electric’s 55th annual Mountain Oyster Feed was a success, raising $25,000 for LifeScape, an organization which promotes independence for over 2,500 children and adults with disabilities throughout South Dakota. The event was held at Nicky’s Restaurant in Madison on March 20 and was attended by 345 people.

The East River Employees Committee donated $1,000, a total matched by East River Electric at $1,000. CoBank also contributed $2,000 to the event this year. In the 55 years since the East River fundraiser began, $275,000 has been raised to help LifeScape provide services to children and adults in rural South Dakota.