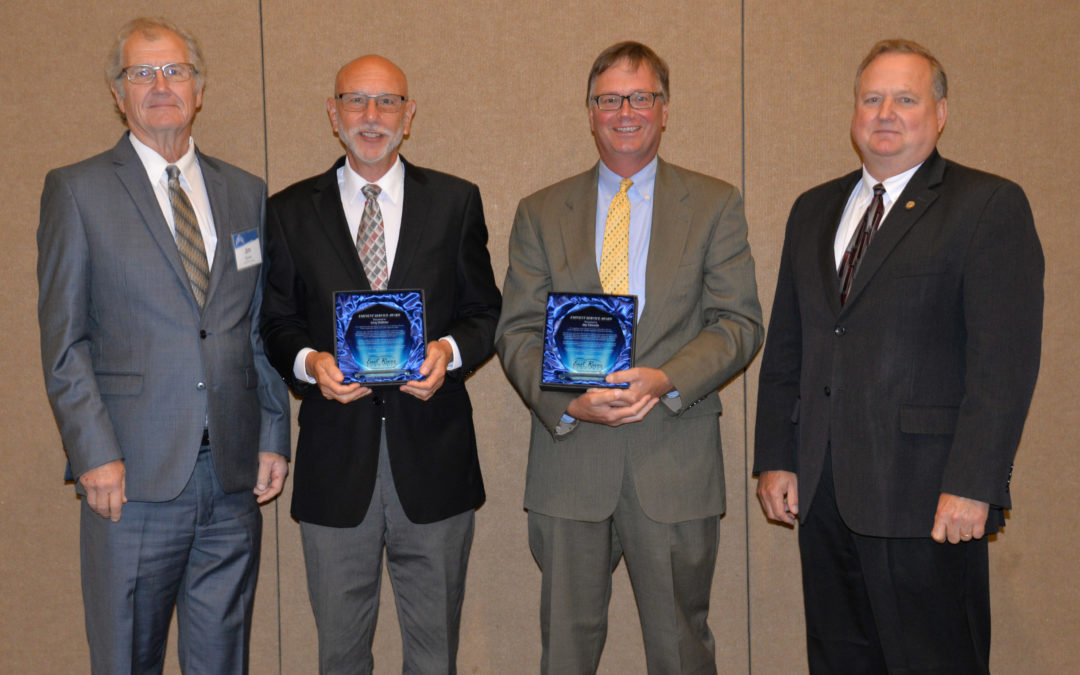 Jim Edwards retired as Chief Operations Officer from East River Electric in 2019, after 20 years of service to East River Electric and its members. He provided a significant leadership role as the cooperative went through many transitions, adopted new technologies and experienced growth. “Jim was a key player in East River planning for and joining the Southwest Power Pool. His planning expertise was utilized as East River prepared for system growth throughout the years,” said East River Board President Jim Ryken. “For these and his many other contributions to East River and our member systems, we recognize Jim for his dedication and friendship with our highest honor.”

Greg Hollister retired as East River’s Chief Financial Officer after a combined 40 years of service in the cooperative family, with 20 of those years being at East River. Greg dedicated his career to making sure co-op members at the end of the line have affordable and reliable electricity. “We offer our sincere thanks and appreciation for your leadership role in overseeing the Indenture and other strategic financial functions at East River,” said East River General Manager Tom Boyko.