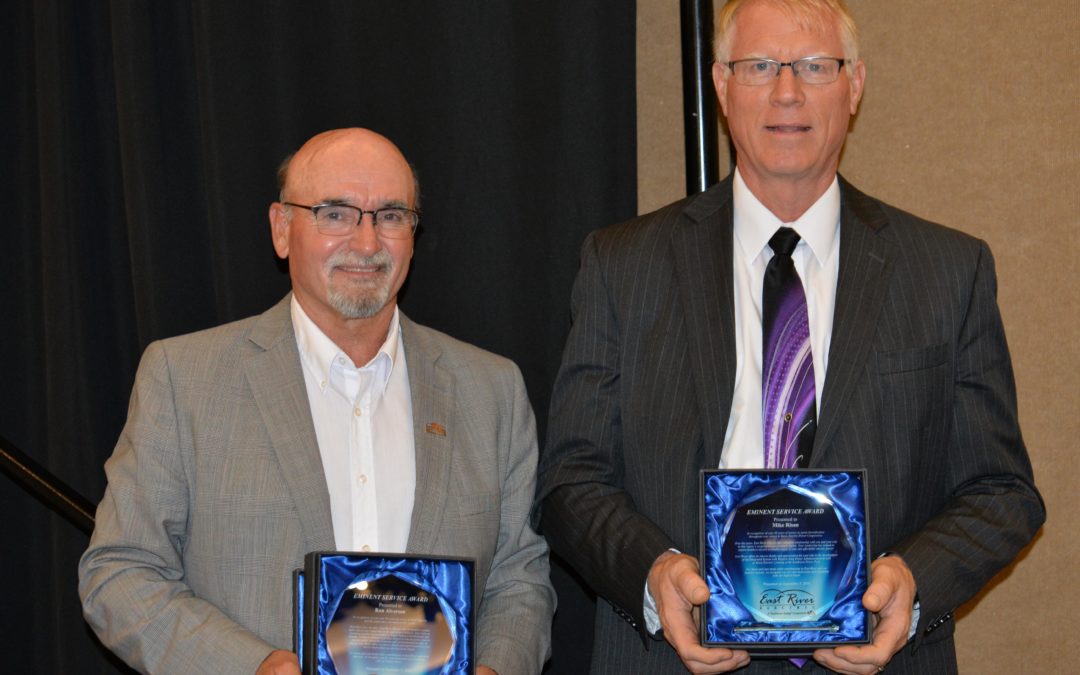 Ron Alverson helped shape South Dakota’s corn industry. He is a founding member and past president of the South Dakota Corn Growers Association, helped establish the corn checkoff program to create new markets and uses for corn and helped pass South Dakota’s first ethanol productive incentive. He is a founding board member of Dakota Ethanol LLC, an ethanol plant near Wentworth, and is a past chairman of the American Coalition for Ethanol.

“Ron’s roles with the South Dakota Corn Growers, Dakota Ethanol and the American Coalition for Ethanol have helped to educate policy makers and the public about the economic and environmental benefits of ethanol,” said East River Board President Jim Ryken. “For these and his many other contributions to East River and rural America, we recognize Ron for his dedication and friendship with our highest honor.”

For more than 40 years, Ron has grown corn and soybeans near Chester. He graduated from SDSU with a bachelor’s degree in agronomy.

Mike Risan, retired senior vice president of transmission with Basin Electric Power Cooperative, was also presented the Eminent Service Award. Risan dedicated 40 years of service to rural America and the region’s cooperative movement. He dedicated his career to making sure co-op members at the end of the line have safe, reliable and affordable electricity.

“Over the span of four decades, the energy industry has endured its share of changes, and Mike has been in the thick of many of them,” said East River General Manager Tom Boyko. “East River offers its sincere thanks and appreciation for Mike’s role in the development of the Integrated System with Western Area Power Administration and Basin Electric joining the Southwest Power Pool. East River has valued its relationship with you and your role in this region’s cooperative power supply system.”