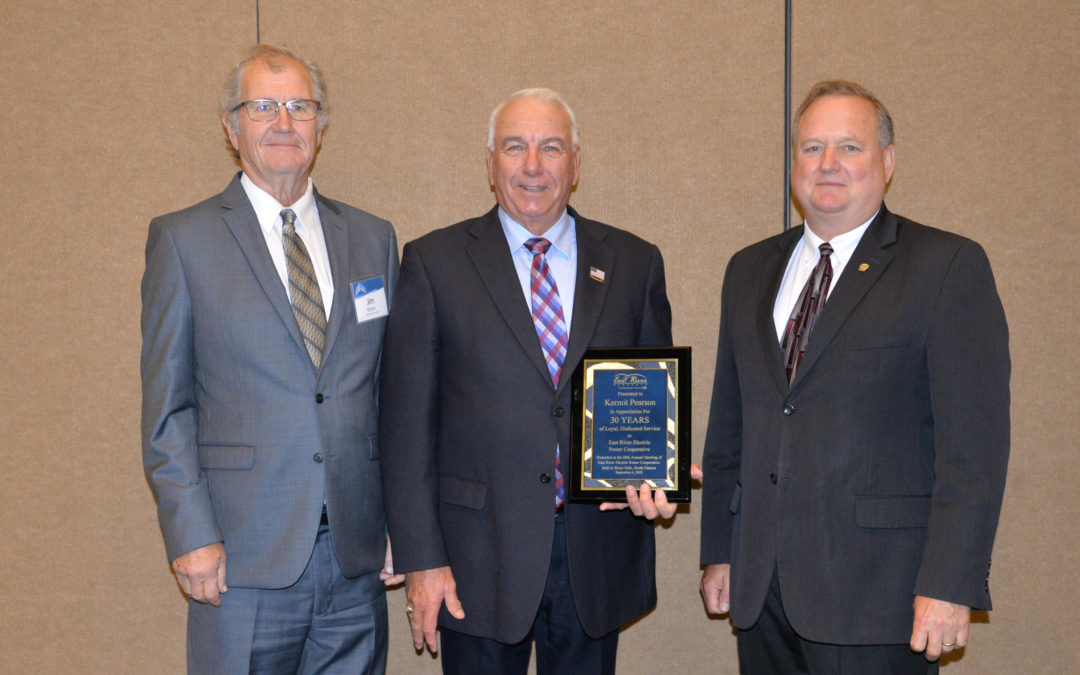 “We have the distinct pleasure of honoring Kermit, one of our longest serving board members, with this 30-year service award. During Kermit’s tenure on East River’s board, our cooperative family has experienced immense load growth, has developed innovative programs and has maintained our legacy of providing safe, affordable and reliable electricity,” said East River Board President Jim Ryken. “East River offers its sincere thanks and appreciation for Kermit’s continued leadership within our cooperative family.”

Kermit is a graduate of Britton High School and attended South Dakota State University in Brookings. He serves as vice president on the Basin Electric board of directors, and as treasurer for the Dakota Gasification Company board. Kermit has also represented Basin Electric on the South Dakota Rural Electric Association board of directors since 2013. In September 2018, Kermit was inducted into the South Dakota Co-op Hall of Fame. Kermit and his wife Peggy have four children.