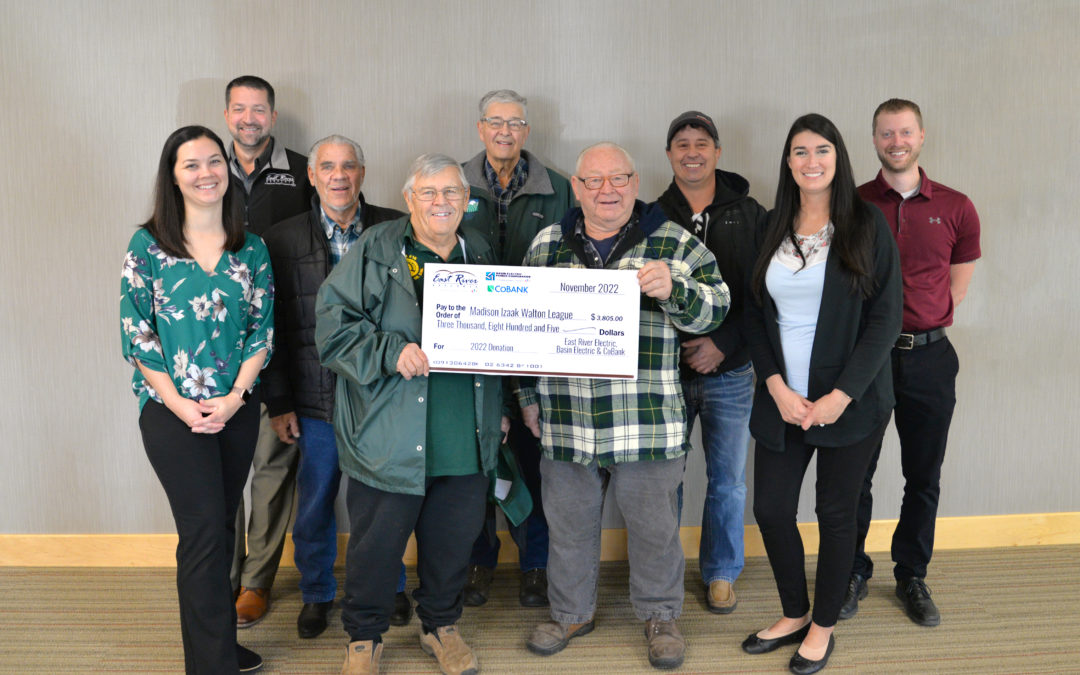 The Izaak Walton League is a national conservation club that prides itself on defending the soil, woods, and wildlife. The local chapter in Madison has around 60 members and hosts several hunting, fishing, and conservation events. The Casting for Kids event is a fishing learning experience that reaches over 100 children annually. They also sponsor and teach hunter safety courses twice a year. The league keeps up the Lake County Rifle Range and trapshoot area. They are also involved in the Missouri River Initiative, helping to raise funds to protect the waters and tributaries that flow into the Missouri River. Steve Rhoden, Madison’s Izaak Walton League president, expressed appreciation for the generous donation. “Thank you for choosing our group to receive the donation. We will use the funds for ongoing events such as Casting for Kids, 4-H and Boy Scouts events, and to repair damage from the spring derecho,” said Steve.